Junior World Championships gold medallist Manuel Lombardo from Italy stepped up to deliver the finest performance of his young career on the senior stage as he brushed aside Budapest Grand Prix bronze medallist Bogdan Iadov (UKR) in the -66kg final. In an unlikely final, which pitted two first-time finalists against each other, the Italian threw with a modified kata-guruma for a waza-ari score with 19 seconds left on the clock.

Israel’s two top-rated judoka, Baruch Shmailov (ISR) and Tal Flicker (ISR), were expected to be the decisive characters in the U66kg category, but it was two new names who made their mark at the first IJF stop in the new season. The world junior champion simply didn’t make any mistakes and was able to make particularly good use of the force of his opponents. This is the main essence of judo, it’s all about action and reaction and you don’t have to be the strongest to come out on top. He sure is one to watch for the future. 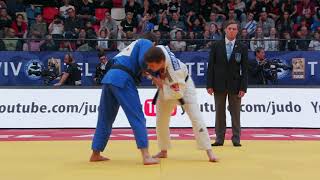 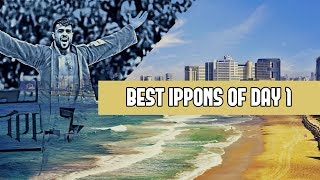 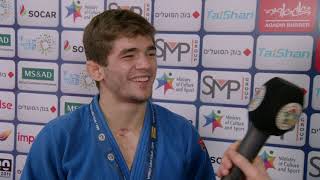 17 Nov 2017 19:30
Unconventional but highly-effective Yondonperenlei is off the mark for Mongolia 20 May 2017 18:10
After Antalya now Abdulzhalilov strikes in Ekaterinburg with gold