Niyaz Ilyasov of Russia launched his 2018 season with a home gold medal and his maiden Grand Slam title in Ekaterinburg. Ilyasov, 22, repaid the faith team supremo Ezio Gamba showed in the former Junior World Championships winner by marching to the U100kg gold medal by dispatching some of the most experienced judoka in the category.

In the first semi-final Paris Grand Slam winner Michael Korrel (NED) was edged out by Nikiforov by a waza-ari score as the top seed slipped down into a bronze medal contest. In the second semi-final two-time Grand Slam silver medallist Alexandre Iddir (FRA) fell to Ilyasov by ippon in one of the most popular results of the opening session on day two.

The first bronze medal was won by 2017 Ekaterinburg Grand Slam bronze medallist Laurin Boehler (AUT) who overpowered Iddir. Boehler lifted up his French opponent, who would have felt like he was airborne for a lifetime, before landing his adversary flat on his back with impact for ippon.

The second bronze medal went to Prague European Open silver medallist Daniel Mukete (BLR) who came from behind to defeat Korrel. Mukete initially trailed to a waza-ari from an ashi-waza attack but fought back with a de-ashi-barai for ippon. Belarus’ 20-year-old European U23 Championships winner claimed his first IJF World Judo Tour medal and on this evidence looks destined to make a successful transition to the senior level. 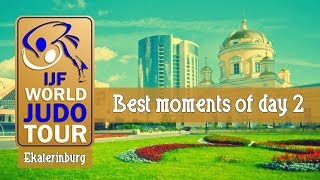 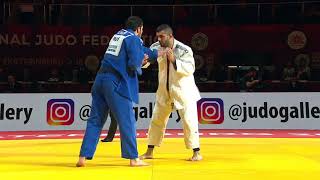 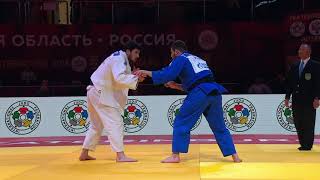