The World Open Championships for women delivered 18 athletes who tried to qualify for the final stage in the late afternoon. The winner will take a lofty prize money figure equal to the men. Despite the absence of some of the best judoka on the international circuit, the level was very high in Marrakech, since the top three in the world rankings were engaged.

The young Japanese Asahina Sarah, vice-world champion in early September in Budapest has lost only one fight since December 2016. Asahina was in Marrakech ready to clinch her first world title. Larisa Ceric (BIH), 26, winner of the last Zagreb Grand Prix was also among the favourites, while Tessie Savelkouls of the Netherlands, seventh in Rio a little over a year ago, fifth in the World Championship this year, and recent winner of the Grand Slam Abu Dhabi, showed an interesting rise in the optics of this Open World Championship.

It was not too surprising to find in the last four of the competition, the three above-named as well as the eternal double World Champion (2013, 2014) and 2012 Olympic Champion, the Cuban Ortiz Idalys who never comes for nothing. 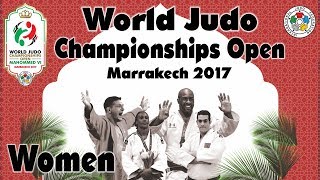 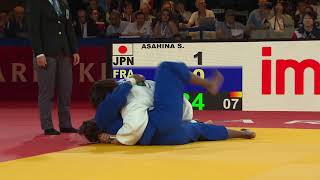 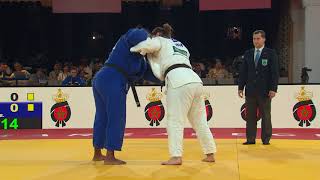