The Junior European Championships in Maribor this week will be a super event. In the memory of the 2013 Junior World Championships, the organizer will do the utmost to showcase a top event. Also the strength of the competition will be awesome with some amazing weight categories with senior level athletes. Read the preview for the men.

Let’s start our journey with the U55kg, not a senior category but certainly with high level athletes. Natig Gurbanli (AZE) will defend last year’s title in Malaga but he will face competition Andrea Carlino, but for the rest many youngsters all won one European Cup, not a single outperformer.

In U60kg Tomer Golomb won two European Cups. But Neil MacDonald and Belgian Jorre Verstraeten will mingle in the medal distribution. Traditionally a strong Italian participation with both Pantano as D’Angelo. Russia with Ayub Bliev will have a good chance for a medal.

Again Italy has medal chances U66kg with Manuel Lombardo and Gabriele Sulli. Both won a European Cup this year, Lombardo even two.

Obviously the clear home favourite for the title U73kg will be Martin Hojak of Slovenia. He had a good senior World Championships, is the number one of the World Ranking. But with Hidayet Heydarov in the field as well, this is a highly competitive category. Alexandr Kolesnik who won two European Cups and Turkish promise Bilal Ciloglu will fight hard for the medals.

Russian Turpal Tepkaev and Belgian Matthias Casse are the highest seeds U81kg. Casse even won three European Cups and one bronze and is the most successful junior this season over all categories. Also German Tim Gramkow will be among the favourites to follow up Nemanja Majdov. The Serbian stepped up to U90kg after his title and recently captured the senior World title, a huge motivation for the current junior generation, it’s all possible.

Speaking about senior results, German Eduard Trippel has a great year, he almost grew out of his junior period, but he will face some competition of Inal Taimazov who won two European Cups. Jakub Ozimek (POL) is the highest European in the World Ranking.

Simeon Catharina of the Netherlands is reigning his category U100kg but heard today of his doctor he can't compete. Belarussian Daniel Mukete won two European Cups as well as Zelym Kotsoiev. Danish Mathias Madsen won three medals this season and is determined to take a medal for his country in Slovenia. Just like the U100kg in the seniors, it’s highly competitive.

At the senior World Championships some juniors showed their best, such as Stephan Hegyi of Austria in the plus category. With world number one Jur Spijkers they are candidates for the title. Also Hungary and Belarus will have medal chances.

Read the preview for women 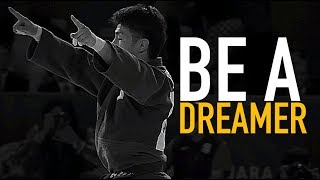 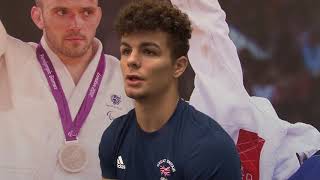 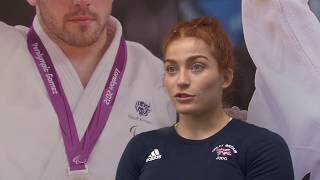