U60kg Naohisa Takato is now double World Champion in 2017 and 2013 in Rio de Janeiro. He won bronze at the worlds in Chelyabinsk in 2014. Takato also won the World Junior title in 2011 in Cape Town and started his young career also in Budapest at the first World U17 Champion in Budapest in 2009. He was a favourite for many and made that expectation come true. Last week’s number one Amiran Papinashvili didn’t win a medal.

U73kg Soichi Hashimoto won even two gold medals and is stabily leading for quite some time.

U81kg Khasan Khalmurzaev of Russia won the Olympic title in Rio in 2016 in the final against Travis Stevens. In 2016 he became European Champion and won the Grand Prix of Havana. Khasan was World U17 Champion also in Budapest in 2009 U73kg. He took over the position of Alan Khubetsov.

U90kg Aleksandar Kukolj is still number one, he finished fifth. He compeyriot Nemanja Majdov of Serbia won the world title and is now ranked second.

U100kg Despite his fifth place Dutchman Michael Korrel is still leading as Aaron Wolf won the world title without being seeded.

U52kg Shishime Ai took the world title in Budapest. Ai won the Grand Prix in Düsseldorf in 2016 and Grand Slam in Tyumen in 2016. She became Japanese champion and surprised World number one Kelmendi in the semi final.

U57kg Sumiya Dorjsuren is now strongly leading her category with her first world title and silver in Rio.

U63kg Tina Trstenjak set her goals on a medal in Budapest and took silver behind Agbegnenou who regained her world title of 2014. Trstenjak won all prices in her career and is firmly leading the world ranking.

U78kg Mayra Aguiar is double World Champion in 2017 and in 2014 in Chelyabinsk. It was her fifth World Championships medal and she won Olympic Games bronze in Rio in 2016 and London 2012.  Not a surprise that she took over the world ranking led by Guusje Steenhius until last week.

+78kg Sarah Asahina is the number one although she lost the world final against Yu Song who retained the title. Asahina is one the right track, being just 20, but despite her disappointment we can expect her to be dominant soon.

Last week Japan had only one world leader in Hashimoto, now they count six. Brazil and Mongolia have two. Four leaders come from Europe where last week there were nine. A expected big shift in world judo.

Watch the judo VIDEO interviews with the stars below 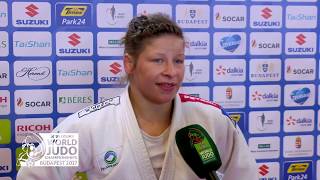 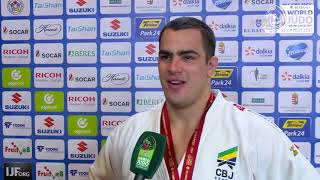 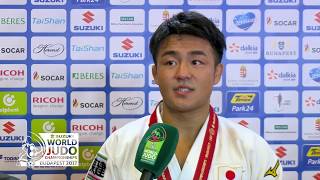