Dutch Olympian Dex Elmont announced to retire. After 28 years of judo he's done with giving 100% for judo. At his website the announced to quit judo and concentrate on his family and his career.

"As a kid I could have only dreamed of the performances I've achieved. Unfortunately an Olympic medal fails, but dealing with losses belongs to top sports. With three European medals including gold and three World Championships medals and three Olympic Games I can be pretty satisfied. Every day life was about judo, not only two training session per day, but eat, sleep and the whole day schedule."
Dex is the younger brother of former world champion Guillaume Elmont who retired in 2016 as well. Besides his European and World performances he also took victories in the major international tournaments, starting in Rotterdam in 2006, followed by victories in Moscow, Bucharest, Moscow again, Amsterdam and Zagreb and Abu Dhabi both in 2014. In 2003 he became European Junior Champion, three years after 3-year older Guillaume. Dex was World Ranking leader from November 2014 until May 2015 in the competitive category U73kg.
Dex: "I know the feeling of pain, my hands are forever painted because of the many fights, the kumi kata. I will try to forget some of the training camps, remember the good ones. I'm done with the daily grind but will miss the excitement of a good day fighting. "
"Now it's time for another white jacket. My career in a hospital, looking forward to new adventures. I hope they become as intense as my judo career."
Dex ‘The Comeback-Kid’ Elmont. 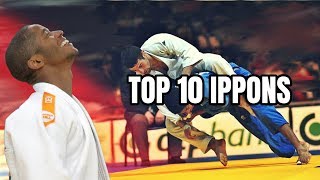